There is a glaring gap in data exploration tools. On the one hand, there are spreadsheets, which are easy to use, but are error-prone and limited. On the other hand, there are programmatic tools, which offer unlimited flexibility, but require expert programming skills. Can we get the best from both worlds and build tools for working with data that are flexible, lead to reproducible data analyses, but are as easy to use as spreadsheets? In this talk, I will present my work on designing novel data exploration tools that aim to fill the niche outlined above. The common theme in all my examples is that they use ideas from traditional programming language research in the new domain of data exploration. Along the way, I will show how this approach can help us build flexible end-user data exploration tools as well as design new kinds of visual data exploration environments. 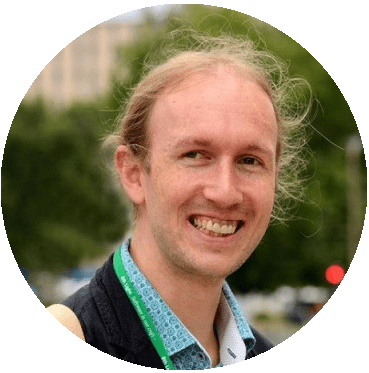 Tomas is a lecturer at University of Kent. He is working on making programming and data science easier and more accessible. His research interests span a range of areas including theory of programming languages, history and philosophy of programming, as well as open data and data journalism.

Previously, he contributed to functional programming and the development of the F# language and type providers at Microsoft Research and obtained PhD from University of Cambridge for his work on coeffects, a theory of context-aware programming languages. Along the way, he became interested in understanding programming through the perspective of history and philosophy of science and wrote papers about the evolution of programming concepts such as types and errors.